Part 2 of the rankings has us going through prospects 20-11. If you have any disagreements on the rankings whatsoever, or want to pick my brain on prospects at all, doesn’t hesitate to let me know on Twitter at @steczar

Bouncing between both the ECHL and AHL pretty equally, playing 28 in the ECHL and 14 in the AHL, Taylor had a decent rookie pro season. He was an offensive force at the ECHL level, scoring 19 points in 28 games, and while didn’t add much offense at the AHL level, but forth some solid defensive performances. Expecting him to start in the AHL next year, Taylor doesn’t have much in the way of NHL upside, but given his ability to put out solid defensive play in his rookie season, he’ll be a solid player at that level for a while.
Projected Role: Depth D/AHL PP specialist
Player Comparison: TJ Brennan

DiPauli got off to a great start down in WBS this year, coming off a 16/17 year that was full of injury. Scoring 13 points in 25 games before the turn of the year, DiPauli was playing great defensive hockey, was a force on the PK and was showing exceptional chemistry with Teddy Blueger. Unfortunately, DiPauli’s horrible luck continued, with his dad passing away around Christmas time, followed by a concussion and finally an upper body injury forcing him to call his season off on the 23rd of March. His defensive game is certainly NHL ready, but I don’t know if there’s enough offensive buzz, or health, for DiPauli to really carve a role out for himself with the Penguins
Projected Role: 4th line PK specialist
Player Comparison: Carter Rowney

Equal parts big at 6’3 and athletic, D’Orio has the required skills to be a successful goaltender. Statistically, he had an incredibly ugly season, with a 4.01 GAA and a .895sv%. However, he did win his team MVP despite this and Saint John were the worst team in the QMJHL. If Saint John improve, expect to see D’Orio receive a lot more defensive help. He’s very much an unknown at this point.
Projected Role: Backup Goaltender
Player Comparison: Darcy Kuemper

Dane Birks is a reasonably large player at 6’3 and 190 pounds. While he doesn’t use his strength a whole lot, he plays a game very reminiscent of Brian Dumoulin defensively. His use of the stick to defend his own blue line, as well as his ability to use his size to seal players off on the boards brings memories of Dumoulin’s performance in college. What he does lack compared to Dumoulin, however, is an offensive game. Birks is not incapable of moving the puck, but his ability with it would be described as adequate at best. That will be his limitation in the professional game, and how well his limited offensive output from college translates will be a telling point on his development.
Projected Role: Modern Defensive D
Player Comparison: Luke Schenn

Ranked as a 4th/5th round prospect by multiple scouting outlets, the Penguins reached hard for Lauzon in the 2nd round after trading down to acquire Ryan Reaves. As ill-advised as that reach was, with significantly better prospects on the board, Lauzon’s season was disastrous from a development standpoint. Only managing to appear in 25 games the entire year, missing large stretches of play through upper body injuries, including one that ruled him out for the playoffs, Lauzon registered a paltry 4 assists in those 25 games. For a player that was seen as a reach due to his lack of offensive and puck moving ability, that Lauzon was outproduced by prospects in the upcoming draft who aren’t even ranked makes this pick seem destined to bust. Lauzon is eligible to play in the AHL next year, so may see himself there, but he needs to stay healthy and quickly develop some puck moving skills.
Projected Role: Stay At Home Defenseman
Player Comparison: Scott Harrington 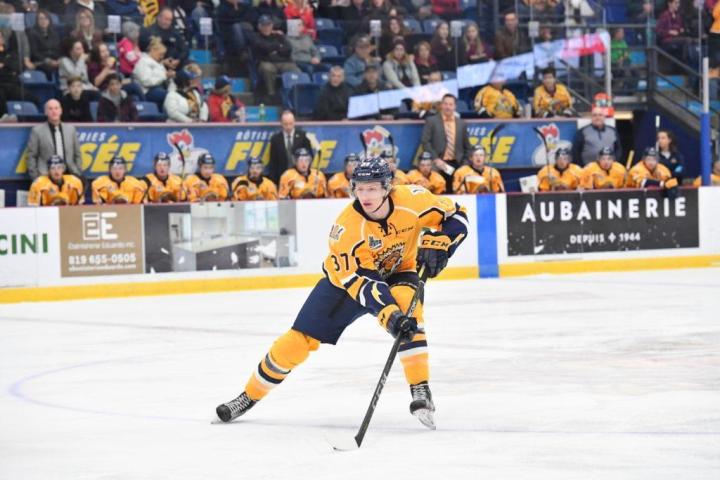 The greatest Slovenian hope this side of Anze Kopitar, Drozg had a pretty good year in the QMJHL as his first year of North American play. While he was below a ppg at 50 points in 61 games, he was his points leader on his team by 7 points. Shawinigan was tied with D’Orio’s Sea Dogs for the worst team in the league, so it makes his point return even more impressive. Look for Drozg to return to the Q and build off his strong year. He is AHL eligible, but unlikely we see him there.
Projected Role: Offensively Skilled Winger
Player Comparison: Sam Gagner

Sam Lafferty’s strength lies in his lack of weakness. He doesn’t possess a great shot, or outstanding vision, or any one skill on which he can place his hat. He does, however, perform well in basically every task. He plays both PK and PP, can score goals when you need him to, works on the boards, plays two positions equally well and does every little thing you need of a player to help you win. He had a down year in his senior year, but his junior year and brief appearance with WBS at the end of the season make Lafferty a prospect worth taking an interest in.
Projected Role: Jack Of All Trades
Player Comparison: Bryan Rust

A late signing into the offseason, Adam Johnson struggled early on in the AHL as he hadn’t been working out planning for the more rugged professional schedule. A slight guy at only 174 pounds at 6 foot tall, Johnson will look to add some weight in the offseason. He’ll also come back with a defined role, something he didn’t get until late in the year. Initially tried as an offensive player, the Baby Penguins eventually began molding him into a two-way presence. Played on both the PK and with Blueger in defensive deployment, Johnson put up a solid point return for a rookie with 31 points in 70 games. Expect to see that grow as he gains strength.
Projected Role: Defensively Conscious Winger
Player Comparison: Blake Coleman 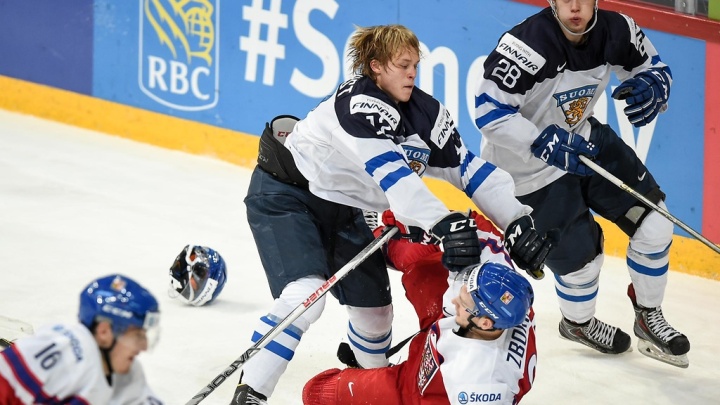 Bjorkqvist endured a difficult freshman season in 16/17 in which he missed a few games early in the year, and only registered 9 points in the 30 games he did appear in. He responded in his sophomore year by tying his team lead for goals with 16, adding 7 assists. Playing on both the PP and PK, Bjorkqvist threw himself to the front of the net to bang in 5 powerplay goals, using his 6’1 205 pound frame to establish position. His two-way game is already well developed, and expect to see him to add a more complete offensive performance as a junior. A nice blend of offensive determination and defensive ability makes Bjorkqvist a quintessential Penguins low ceiling high floor draft pick.
Projected Role: Defensively minded bottom 6 forward
Player Comparsion: Trevor Lewis

WBS had a disastrous playoff run, scoring 6 goals in 3 games. A bright spot, though, was that two of those goals came from Angello. Blessed with great size at 6’5 and 210 pounds, Angello is reasonably fleet of foot and uses his body effectively. Already possessing a pro ready approach with his physicality and willingness to drive the net for scoring chances, Angello is poised for a big rookie season in the AHL and be ready to push for NHL time sooner rather than later. Angello was deployed on the wing in his 4 games with WBS, but could see his future at center due to his size.
Projected Role: Physical Middle 6 Forward
Player Comparison: Kevin Hayes